Milos Raonic is a Canadian professional tennis player who achieved a career-high singles ranking of World No. 3 on November 21, 2016. He is one of the most successful Canadian singles male players in history. Turning professional in 2008, Raonic became the first Canadian male in the Open Era to reach the Australian Open semifinals, the French Open quarterfinals, and the Wimbledon final. Born on December 27, 1990 in Podgorica, Montenegro, to parents Vesna and Dusan Raonic, his family moved to Brampton, Ontario, Canada in 1994 when he was three. Raonic turned pro in 2008. 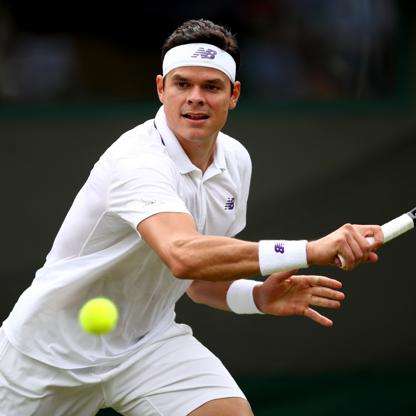 Milos Raonic Facts:
*Born on December 27, 1990 in Podgorica, Montenegro, he is of Serb heritage.
*His uncle is Montenegrin politician Branimir Gvozdenovíc.
*He started playing at age six or seven.
*He turned professional in 2008, at age 18.
*He represented Canada at the 2012 Summer Olympics.
*He is fluent in English and Serbian.
*Visit his official website: www.milosraonicofficial.com
*Follow him on Twitter, Facebook and Instagram.