Isla Fisher is an Australian actress, voice actress, and author. She is best known for her portrayal of Shannon Reed on the soap opera Home and Away. She played Henley Reeves in the film Now You See Me. Her other notable works include The Great Gatsby, Confessions of a Shopaholic, Wedding Crashers, I Heart Huckabees, Arrested Development, Bachelorette, and Keeping Up with the Jonseses. At 18, she published two teen novels, “Seduced By Fame” and “Bewitched,” both novels became bestsellers. Born Isla Lang Fisher on February 3, 1976 in Muscat, Oman, to Scottish parents Elspeth Reid and Brian Fisher, she moved to Perth, Western Australia when she was six. She was educated at Walliston Primary School and Methodist Ladies’ College. She has been married to Sacha Baron Cohen since March 2010. They have two daughters and a son. 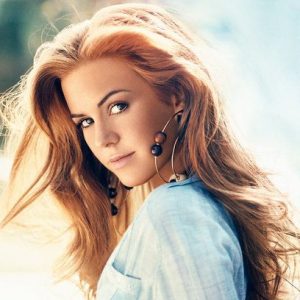 Isla Fisher Facts:
*She was born in Muscat, Oman to Scottish parents.
*She started her acting career on Australian television.
*She ranked #91 in 2007 and #61 in 2008 in Maxim magazine’s Hot 100 lists.
*She was once engaged to Darren Day.
*She is good friends with Naomi Watts.
*Follow her on Instagram.