Marisa Miller is an American model and actress. She is most famous for her appearances in the Sports Illustrated Swimsuit Issue and her work for lingerie retailer Victoria’s Secret. She appeared in the 2002, 2003, 2004, 2005, 2006, 2007 and 2008 Sports Illustrated Swimsuit Issues. She has advertised for many brands such as J.Crew, Nordstrom and True Religion jeans. She has also appeared on the cover of fashion magazines such as Playboy, Cosmopolitan, Marie Claire, Ralph, Shape, Self, Glitter, GQ, FHM, DT, Maxim, Fitness and Women’s Health. She made her film debut in 2013 in the Ryan Reynolds feature R.I.P.D. Born Marisa Lee Bertetta on August 6, 1978 in Santa Cruz California, USA to Marc and Krista Bertetta, she did her schooling from Aptos High School and Monte Vista Christian School. She was scouted at age sixteen while walking through a cafe by two Italian modeling agents. She has been married to Griffin Guess since 2006. They have two children. She was previously married to surfing promoter Jim Miller from 2000 to 2002. 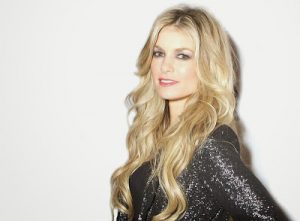 Marisa Miller Facts:
*She was discovered by two Italian modeling agents when she was 16.
*She ranked #2 in 2010 and #3 in 2009 in Ask Men’s top 99 “most desirable women in the World editions.
*She was named the 7th sexiest woman in the world in 2011 by FHM.
*She was ranked #1 in Maxim magazine’s “Hot 100 Women” list in 2008.
*She was ranked #17 Sexiest Woman in the world by the Spanish version of DT magazine.
*She was the first spokeswoman for Harley Davidson in the company’s 100 year history.
*She is a San Francisco Giants fan.
*She enjoys surfing and playing volleyball.
*Visit her official website: www.marisamiller.com
*Follow her on Twitter, Facebook and Instagram.