Croatian-American actress and model, Ivana Milicevic is most famous for her portrayal of Anastasia Rabbit/Carrie Hopewell in the Cinemax original series Banshee. She has made guest appearances on numerous TV series, as well as starred in films like “Casino Royale,” “Running Scared,” and “Vanilla Sky.” She was born into an ethnic Croatian family on April 26, 1974, in Sarajevo, Bosnia, the daughter of Tonka and Damir Miličević. Her brother Tomo Miličević, is the guitarist of the popular music group 30 Seconds to Mars. She is a 1991 graduate of Troy Athens High School. She was in a relationship with Adrian Hunter from 2007 to 2009. 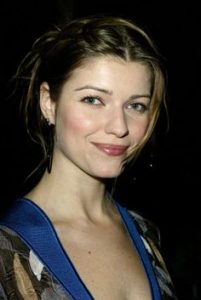 Ivana Milicevic Facts:
*She immigrated to USA when she was only 5 years old.
*She worked as a fashion model while in high school.
*In 2002, she was featured on the cover of Paper.
*Follow her on Twitter, Facebook and Instagram.