Iya Villania is a Filipino-Australian actress, TV host, singer, model and VJ, best known for her work as a VJ in the music channel MYX. Villania was regularly featured in the variety show ASAP, and hosted the Studio 23 lifestyle program Us Girls from 2006 to 2012. She released her debut album Finally! in 2008. 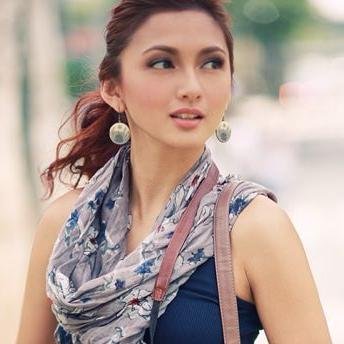 Born Raelene Elaine Ebaler Villania on June 29, 1986 in Camperdown, New South Wales, Australia, to Filipino parents, Ray and Elena Villania, she is the youngest of three children, with sisters named Rhoda and Sheila. Her first TV appearance was via IBC-13’s Game Channel, an interactive texting game show. While hosting for the show, she was offered to join the cast of GMA 7’s youth-oriented hit program “Click”. Villania married her boyfriend of ten years, television host Drew Arellano in January 2014. They have three children together.

Iya Villania Facts:
*Born on June 29, 1986 in Camperdown, New South Wales, Australia, she grew up in Sydney, Australia.
*She learned to play the piano at age 8.
*She graduated on December 16, 2008 from De La Salle University with a degree in psychology.
*She first became a TV host in 2003.
*Former girlfriend of Drew Arellano.
*Visit her official website: www.iyavillania.com
*Follow her on Twitter, Facebook and Instagram.