Jaheem Toombs is an American actor and singer. He is best known for his portrayal of Fenwick Fraser on Nickelodeon’s 100 Things to Do Before High School. He appeared in 7 episodes of the series short FTS Kids News. Toombs released his debut single Superpower on November 10, 2017. He has also done endorsement work for brands like Life is Good Kids Foundation. 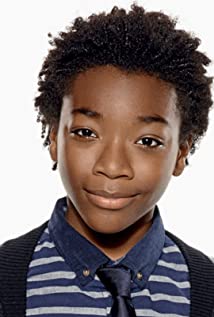 Born Jaheem King Toombs on October 30, 2001 in Brockton, Massachusetts, to parents Nicole and Anthony Toombs, he studied at the Brockton Christian School in his hometown. Toombs relocated to Los Angeles California with his parents in 2010 to break into the acting industry. He has been dating Cree Cicchino.

Jaheem Toombs Facts:
*He was born on October 30, 2001 in Brockton, Massachusetts, USA.
*He began his acting career appearing in series such as The Cape and Mr. Sunshine.
*He starred as Fenwick Fraser in the award-winning Nickelodeon show 100 Things to do Before High School from 2014 to 2016.
*Beyoncé and Michael Jackson are his biggest inspirations.
*He is a fan of the basketball team, Boston Celtics.
*Follow him on Twitter, Facebook and Instagram.