Irina Lăzăreanu is a Romanian-Canadian model and folk singer who has modelled for designers such as Chanel, Balenciaga, Alexander McQueen, Anna Sui, Lanvin, and Versace. Supermodel Kate Moss chose Lăzăreanu as the cover model for an issue of Vogue: Paris and made her the face of her clothing line Topshop. Lazareanu’s debut album Some Place Along the Way was produced by Sean Lennon. She is represented by Elite Model Management (Paris, London), Why Not Model Management (Milan), IMM Bruxelles (Brussels), UNIQUE DENMARK (Copenhagen), Two Management (Los Angeles, Toronto), Chadwick Models (Sydney), and Donna Models (Tokyo). Born on June 8, 1982 in Cluj-Napoca, Romania, Lăzăreanu moved to Canada from Romania when she was five. At 13, she moved to London to study ballet until she was derailed by a broken knee. She married Keir Knight in 2013. 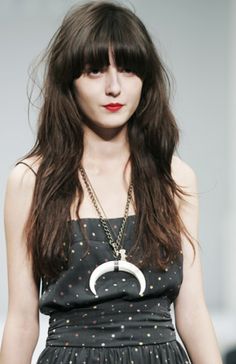 Irina Lazareanu Facts:
*She was born on June 8, 1982 in Cluj-Napoca, Romania.
*She attended Royal Academy of Dance in London, England to study ballet.
*She began modeling at the age of 17.
*In March 2007, she was chosen by Kate Moss as the model for her new Topshop clothing range.
*She was briefly engaged to English musician Pete Doherty in 2004 and 2007.
*Follow her on Instagram.