James Corden is an English actor, comedian, writer, producer, and television host, best known as the host of late-night television talk show The Late Late Show with James Corden. Corden co-wrote and co-starred in the popular British sitcom ‘Gavin and Stacey’, for which he won the BAFTA Television Award for Best Comedy Performance. He has appeared in many films, notably Gulliver’s Travels, Into the Woods, Kill Your Friends, Peter Rabbit (voice) and its 2020 sequel, and Cats. 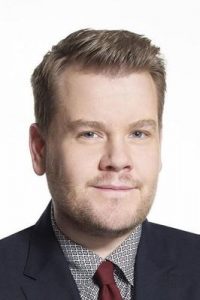 James Corden Facts:
*Born on August 22, 1978 in Hillingdon, London, England, he was raised in Hazlemere, Buckinghamshire.
*His father, Malcolm Corden, was a musician in the Royal Air Force band and his mother, Margaret Corden, was a social worker
*His full name is James Kimberly Corden.
*He was educated at Park Middle School and Holmer Green Upper School.
*He made his acting debut at age 18 in a one-line role in the 1996 musical Martin Guerre.
*In 2015, Corden became the host of CBS ‘The Late Late Show with James Corden’.
*He hosted the Grammy Awards in 2017 and 2018 and the Tony Awards in 2016, and 2019.
*He has co-hosted the BRIT awards three times.
*His comedy influences are Jonathan Ross, Conan O’Brien, Graham Norton, Chris Evans, David Letterman, and Stephen Colbert.
*He is best friends with Emily Blunt, who is a big fan of him.
*He is a supporter of English Fooltball Club, West Ham United F.C.
*In 2012, he married Julia Carey, with whom he has a son named Max and daughters named Carey and Charlotte.
*Follow him on Twitter, Facebook and Instagram.