Louise Brealey is an English actress of stage, film and television. She is best known for roles such as Roxanne Bird in Casualty, Molly Hooper in Sherlock, Cass in Back, Jude McDermid in Clique, Gillian Chamberlain in A Discovery of Witches and Donna Harman in Death in Paradise. In March 2012 Brealey produced, co-wrote and co-starred in the BBC 2 children’s program The Charles Dickens Show, starring Jeff Rawle, Honeysuckle Weeks, Sam Kelly, Rupert Graves, Neil Dudgeon, Geoffrey Streatfeild, Fiona Button and Mariah Gale. 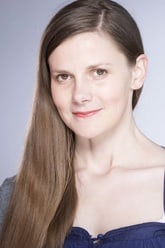 Louise Brealey Facts:
*She was born on March 27, 1979 in Bozeat, Northamptonshire, England.
*She has one brother named Karl.
*She studied History at Cambridge University and trained at the Lee Strasberg Institute in New York.
*She made her stage debut in 2001 in Max Stafford-Clark’s production of Judy Upton’s Sliding With Suzanne at London’s Royal Court.
*She made her TV debut as Nurse Roxanne Bird in two series of BBC drama Casualty.
*Played Roxanne Bird in BBC’s medical drama series Casualty from 2002 to 2004.
*She wrote her first play “Pope Joan” in 2013 for the National Youth Theatre.
*She has a pet dog named Roger.
*Visit her official website: www.louisebrealey.com
*Follow her on Twitter and Instagram.