James Haven is an American actor, director and producer, known for roles in the films Breaking Dawn, Monster’s Ball, Ocean Park, and Stay Alive. James began his professional acting career in 1998, appearing in small roles in several films such as Gia, Hell’s Kitchen, and Original Sin. He was born James Haven Voight on May 11, 1973 in Los Angeles, California to actors Marcheline Bertrand and Jon Voight. He is the older brother of actress Angelina Jolie. 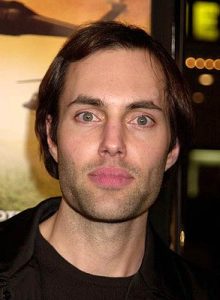 James Haven Facts:
*He is the son of actor Jon Voight and actress Marcheline Bertrand.
*He is the older brother of actress Angelina Jolie.
*He became a born-again Christian in 2009.