Actor who is best known for his portrayal of Daniel LaRusso in The Karate Kid series. He is also known for his roles in the films Johnny Cade, The Outsiders, and Crossroads. He played Jeremy Andretti in the television comedy-drama series Eight Is Enough. Ralph was born to Rosalie Macchio and Ralph Macchio, Sr on November 4, 1961 in Huntington, Long Island, New York as Ralph George Macchio. He is of half Greek and half Italian descent on his father’s side, and of Italian descent on his mother’s side. He has been married to Phyllis Fierro since 1987. They have two children: daughter, Julia and son, Daniel. 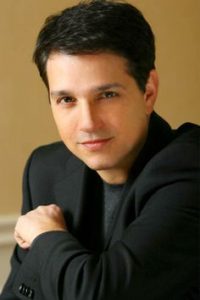 Ralph Macchio Education:
He attended and graduated from Half Hollow Hills West High School in 1979.

Ralph Macchio Facts:
*He made his film debut in the 1980 film Up the Academy.
*He is a huge fan of singer Bruce Springsteen.
*He is a big supporter of the hockey team New York Islanders.
*Follow him on Twitter and Facebook.