James Maslow is an American actor and singer. He is best known for his portrayal of James Diamond on Nickelodeon’s Big Time Rush, and for being a former member of boyband Big Time Rush. He also starred as Kevin Mohr on the Sony Crackle original series Sequestered. 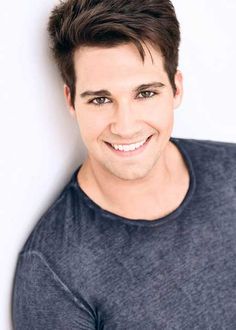 Born James David Maslow on July 16, 1990 in New York, New York, to parents Cathy and Mike Maslow, he was raised in La Jolla, California. He has an older brother named Philip and a half-sister named Ali Thom. Maslow graduated from Coronado School of the Arts’s musical theater department in 2007. He began dating actress and writer Caitlin Spears in 2019.

James Maslow Facts:
*He was born on July 16, 1990 in New York, New York, USA.
*He started to learn singing from the age of 6.
*His father is Jewish and mother is Catholic.
*He attended acting camp at the La Jolla Playhouse, and got his first agent when he was 14.
*He was a member of the band Big Time Rush.
*He made his acting debut as Shane in the episode of “iSaw Him First” of iCarly in 2008.
*He played the role of James Diamond on the Nickelodeon series, Big Time Rush from 2009 to 2013.
*He released his debut single “Lies” on July 24, 2015.
*He can play the drums, guitar and piano.
*Visit his official website: www.JamesMaslow.com
*Follow him on Twitter, SoundCloud, YouTube, Facebook and Instagram.