James McAvoy is a Scottish actor. He is best known for roles such as Robbie Turner in Atonement, Dr. Nicholas Garrigan in The Last King of Scotland, and Charles Xavier / Professor X in the X-Men series. Other popular movies McAvoy has acted in are The Chronicles of Narnia: The Lion, the Witch and the Wardrobe, Becoming Jane, and Wanted. His television credits include State of Play, Early Doors, White Teeth and Frank Herbert’s Children of Dune. Born on 21 April 1979 in Glasgow, Scotland, to Elizabeth and James McAvoy, he was brought up as a Roman Catholic. His younger sister Joy McAvoy, is also an actress. He made his acting debut in 1995 in the film The Near Room. He married actress and co-star Anne-Marie Duff in 2006, and the couple had a son named Brendan in February 2010 before getting divorced in 2016. 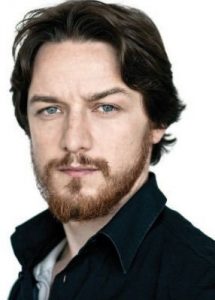 James McAvoy Facts:
*His parents got divorced when he was seven years old.
*He wanted to be a priest while growing up.
*He moved to London to pursue acting at age 20.
*He supports Celtic Football Club.
*People Magazine named him one of People Magazine’s Sexiest Men Alive for 2007.
*He is good friends with actors Tom Ellis and Benedict Cumberbatch.
*Follow him on Instagram.