Jamey Sheridan is an American actor who has performed on theater, film, and television. He is best known for his portrayal of Capt. James Deakins in the television series Law & Order: Criminal Intent. Sheridan earned a Tony nomination in 1987 for his performance in the revival of Arthur Miller’s All My Sons and starred as lawyer Jack Shannon on Shannon’s Deal. His other notable television appearances include: Chicago Hope, Trauma, Homeland, Arrow, and Agent X. His well-known films include All I Want for Christmas, Handsome Harry, Whispers in the Dark, Wild America, Talent for the Game, Spotlight, The Ice Storm, Desert Saints, and Lizzie. Sheridan also starred as Randall Flagg in the miniseries adaptation of the Stephen King Novel The Stand. 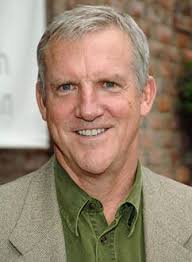 Jamey Sheridan Facts:
*He was born on July 12, 1951 in Pasadena, California, to a family of actors.
*His parents are Josephine and Dan Sheridan.
*He turned to acting after a knee injury ended his pursuit of a dancing career.
*He began professionally on stage in 1978.
*He made his feature-film debut in Jumpin’ Jack Flash (1986).
*He was nominated for a Tony Award in 1987 for his performance in Arthur Miller’s All My Sons.
*He married Colette Kilroy in 1993. They have three children.