Michelle Mitchenor is an American actress. She is best known for her portrayal of Detective Sonya Bailey on the FOX’s primetime action comedy-drama television series Lethal Weapon, and for her role as Indigo in the 2015 musical-drama film Chi-Raq. She is also known for television roles as Sydney on Last to Love, and Zoe Young on Black Boots. Born on April 21, 1988 in Trenton, New Jersey, Mitchenor studied dancing and acting at Ocean County Performing Arts Academy High School in New Jersey, and attended Towson University, where she graduated Bachelor of Fine Arts for dancing. She became engaged to actor Coley Speaks in Oct 2017. They married on October 14, 2018. 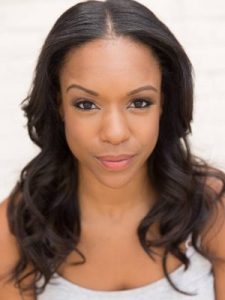 Michelle Mitchenor Facts:
*She was born on April 21, 1988 in Trenton, New Jersey, USA.
*She received her bachelor’s of fine arts in dancing from Towson University.
*She started her career as a professional dancer working with top recording artists such as Rihanna, Beyoncé, Cee-lo Green, Pharrell, and several more.
*In 2016, she starred as Detective Sonya Bailey on FOX’s “Lethal Weapon”.
*Follow her on Twitter, Facebook and Instagram.