Jason Dolley is an American actor and musician. He is best known for his roles such as Newton “Newt” Livingston III on Cory in the House, Virgil Fox in Minutemen, Connor Kennedy in Read It and Weep, Pete Ivey in Hatching Pete, and PJ Duncan on Good Luck Charlie. As a musician, he has released several songs including “Stupid Cupid” and “Baby It’s You.” Born Jason Scott Dolley on July 5, 1991 in Los Angeles, California, to parents Larry and Michelle Dolley, he has an older brother named Jeffrey. At age 11, Dolley landed the lead role in the award-winning short film titled Chasing Daylight (2004). 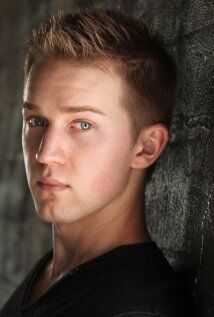 Jason Dolley Facts:
*He was born on July 5, 1991 in Los Angeles, California, USA.
*Robert Redford is his idol.
*His favorite actors are Robert Redford and Liam Neeson.
*He is good friends with this ‘Cory in the House’ co-star Maiara Walsh.
*His enjoys playing the guitar, piano, video games, paintball and playing football with his friends.
*Visit his official website: www.jasondolley.com
*Follow him on Twitter, Facebook and Instagram.