Jason Ritter is an American actor and producer. He is best known for starring as Kevin Girardi in the television series Joan of Arcadia, Ethan Haas in The Class, Sean Walker in the NBC series The Event, Dipper Pines in Gravity Falls, Pat Rollins in Raising Dion, and Kevin Finn in the TV comedy series Kevin (Probably) Saves the World. Ritter’s other notable works include Another Period, Girls, Drunk History, Undressed, Quest, Weasel Town, Skylanders Academy, and A Million Little Things. 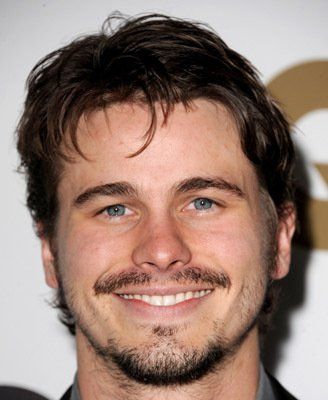 Born Jason Morgan Ritter on February 17, 1980 in Los Angeles, California, he is the son of late actor John Ritter and actress Nancy Morgan. Ritter completed his schooling from Crossroads School in Santa Monica, and graduated from New York University’s Tisch School of the Arts, where he studied at the Atlantic Theatre Company. He also attended the Royal Academy of Dramatic Art in London. From October 1999 to 2013, Ritter was in a relationship with Scottish actress, producer, director, and writer Marianna Palka. He got engaged to his girlfriend of four years, actress Melanie Lynskey, on February 16, 2017. They have a daughter together.

Jason Ritter Facts:
*Born on February 17, 1980 in Los Angeles, California, his ancestry includes German, English, Scottish, Welsh, Irish, French, and Dutch.
*He attended high school and became college roommates with actor Simon Helberg.
*He received an Emmy Award nomination for his role in Parenthood.
*He is the founding member of the New York City-based Irreputable Theater Company.
*He is close friends with Bryce Dallas Howard and Seth Gabel.
*Follow him on Twitter, Facebook and Instagram.