Billy Zane is an American actor who played Caledon Hockley in the 1997 American epic romance and disaster film Titanic, directed, written, co-produced, and co-edited by James Cameron. Zane’s other notable works include Back to the Future and its sequel Back to the Future Part II, Dead Calm, Memphis Belle, Tombstone, Demon Knight, The Phantom and the video game Kingdom Hearts. 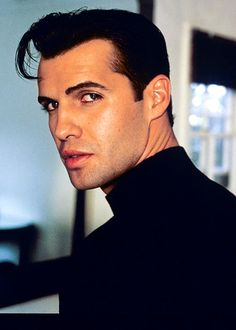 Born William George Zane Jr. on February 24, 1966 in Chicago, Illinois, to parents Thalia and William George Zane Sr., Billy has an older sister, actress and singer Lisa Zane. He attended the American School in Switzerland for his sophomore year of high school. Zane was married to actress Lisa Collins from 1989 to 1995. He has daughters named Gia and Ava with fiancee and model Candice Neil.

Billy Zane Facts:
*Born on February 24, 1966 in Chicago, Illinois, his parents are both of Greek descent.
*He is the younger brother of actress Lisa Zane.
*His parents were amateur actors and, managed a medical technical school.
*He was once engaged to Chilean actress Leonor Varela.
*He dated Croatian model Jasmina Hdagha in 2010.
*He was engaged to English actress Kelly Brook from April 2005 to August 2008.
*He is good friends with his Titanic co-stars Edward Fletcher, Jonathan Hyde, Frances Fisher and Rochelle Rose.
*He is an avid swimmer and started shaving his head in 1997 for hydrodynamics.
*Also an abstract expressionist painter, Zane has had numerous solo and group exhibitions.
*Follow him on Twitter, Facebook and Instagram.