Jena Malone is an American actress and musician who became recognized for her roles in the films Into the Wild, Sucker Punch, and Donnie Darko. Jena made her screen debut with the film Bastard Out of Carolina which was released in 1996. Jena was born in Sparks, Nevada to of Deborah “Debbie” Malone and Edward Berge. She was raised by her mother and her mother’s partner. 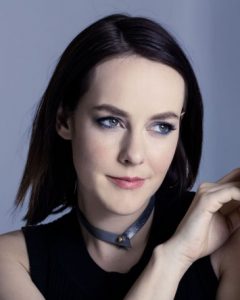 Relationships / Affairs / Boyfriend:
*She was in a relationship with Erik von Detten from 1999 to February 2000.
*She dated Galen Pehrson from 2012 until 2013.
*In August 2013, she began dating actor and director M. Blash. They broke up 2015.
*She is in relationship with a photographer Ethan DeLorenzo and they got engaged in August 2016. They have a son, Ode Mountain DeLorenzo Malone.

Jena Malone Education:
*She had received home schooling from 6th to 8th grade
*She briefly attended the Professional Children’s School in Manhattan. (She quit the school after 9th grade as she became legally emancipated.)
*She has also Studied photography at a community college in northern California beginning in the fall of 2002.

Jena Malone Facts:
*She is also a passionate photographer. Her favorite photographer is Elias Tahan.
*She was raised by her mother and her mother’s partner.
*She had lived at 27 locations by the time she was 9, including Lake Tahoe, California.
*She plays the accordion and guitar.
*Her mother had a girlfriend, whom she calls her Godmom.
*Follow her on Twitter, Facebook, Myspace, and Instagram.