Indrajith Sukumaran is a Malayalam actor and singer who made his screen debut with the film Oomappenninu Uriyadappayyan in 2002. His other movie credits include Chotta Mumbai, Arabikkatha, Twenty:20, Nayakan, Karayilekku Oru Kadal Dooram, Meesa Madhavan, Runway, Classmates, Ee Adutha Kaalathu, Amen, Left Right Left, Ezhamathe Varavu, Angels and Amar Akbar Anthony. Born in Thiruvananthapuram, Kerala, India, he is the elder son of late Malayalam actor Sukumaran and veteran actress Mallika Sukumaran, and elder brother of Malayalam actor Prithviraj Sukumaran. He has been married to Poornima Mohan since December 13, 2002. They have two daughters, Prarthana, and Nakshatra. 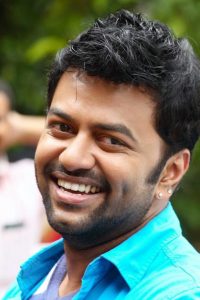 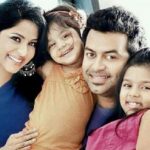 Indrajith Sukumaran Facts:
*He is the eldest son of actors Sukumaran and Mallika Sukumaran.
*His brother Prithviraj Sukumaran is also an actor.
*He worked as a software professional before entering acting, appearing in a television film ‘Annie’ and winning an award for his role.
*Follow Indrajith on Facebook and Instagram.