Jenni Rivera was an American singer, songwriter, actress, and reality television star, best known for her spanish albums such as La Gran Señora, Jenni, Parrandera, Rebelde Y Atrevida, and Tema Eva Luna. Her 2008 studio album, Jenni hit #1 on the US Billboard 200. She was nominated for four Latin Grammys. In 2010, Jenni appeared in and produced the reality TV show Jenni Rivera Presents: Chiquis & Raq-C. She also appeared in and produced I Love Jenni starting in 2011 through 2013 and Chiquis ‘n Control in 2012. Born Dolores Janney Rivera Saavedra on July 2, 1969 in Long Beach, California, to parents Rosa Saavedra and Pedro Rivera, she was raised with five siblings Lupillo, Rosie, Juan, Pedro Rivera Jr., and Gustavo. She obtained a college degree in business administration at California State University, Long Beach. She worked in real estate before going to work for her father’s record label. Jenni was married three times, to Jose Trinidad Marin, Juan Lopez and Esteban Loaiza. She’s the mother of Chiquis Rivera, Jacqie Marin, Michael Marin, Jenicka Lopez and Johnny Lopez. She died in a plane crash at age 43 on December 9, 2012. 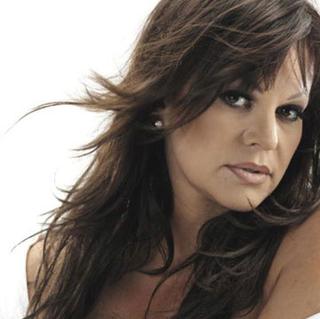 Jenni Rivera Facts:
*She was born on July 2, 1969 in Long Beach, California, USA.
*Her parents were Mexican immigrants.
*She got pregnant at 15 by Trino Marin.
*She received four Latin Grammy nominations.
*She was friends with Paulina Rubio and Cristina Saralegui.
*She spoke both Spanish and English fluently.
*She known for her work within the Regional Mexican music genre, specifically in the styles of Banda, Mariachi and Norteño.
*She’s widely considered to be one of the top-selling Regional Mexican female star of her generation by Billboard with more than 20 million albums sold.
*She was a spokeswoman for the National Coalition Against Domestic Violence.
*She died in a plane crash in December 2012.
*Visit her official website: www.jenniriveramusic.com