Jennifer Coolidge is an American actress, comedian, and activist. She is best known for her portrayals of Jeanine Stifler in the American Pie film series, as Paulette Bonafonté Parcelle in the Legally Blonde film series, and as Fiona in the romantic comedy film A Cinderella Story. She is also a regular actor in Christopher Guest’s mockumentary films, such as Best in Show, A Mighty Wind), For Your Consideration, and Mascots. Coolidge is also notable for her roles in television, such as Joey, The Secret Life of the American Teenager, and 2 Broke Girls, and in the films Click, Date Movie, Epic Movie, American Dreamz, Soul Men, Gentlemen Broncos, Austenland, Like a Boss, and Promising Young Woman. 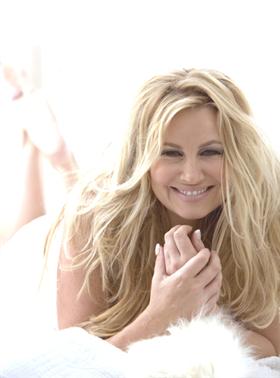 Born Jennifer Audrey Coolidge on August 28, 1961 in Boston, Massachusetts, to parents Gretchen and Paul Constant Coolidge, she has two sisters named Susannah and Elizabeth and a brother named Andrew. She once dated comedian Chris Kattan.

Jennifer Coolidge Facts:
*She was born on August 28, 1961 in Boston, Massachusetts, USA.
*Her ancestry includes English, Scottish, Irish, and German.
*She worked as a waitress in an NYC restaurant for five years, where Sandra Bullock worked as the hostess.
*She was a member of the Groundlings comedy troupe.
*She is left-handed.
*She is a Democrat.
*She is allergic to glue.
*Follow her on Twitter, Facebook and Instagram.