Jennifer Lien is a retired American actress. She is best known for her role as Kes on the television series Star Trek: Voyager. From 1993 to 1994, Lien was cast as Roanne on the sitcom Phenom. She voiced the character Elle on Men in Black: The Series. Born Jennifer Anne Lien on August 24, 1974 in Palos Heights, Illinois, USA, she is the youngest of three children and has an older sister and an older brother. At the age of 13, Lien joined the Illinois Theatre Center. She started her acting career playing twins in a bubble gum commercial. She is married to director Phil Hwang with whom she has a son, Jonah, born September 5 , 2002. In 2003, she left acting to pursue a medical career. 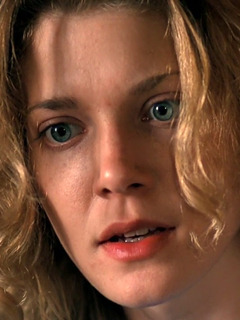 Jennifer Lien Facts:
*She was born on August 24, 1974 in Palos Heights, Illinois, USA.
*She wanted to be an actress from childhood.
*At the age of 13, she joined the Illinois Theatre Center.
*She played the alien Kes on Star Trek: Voyager from 1994 to 1997.
*She has her own action figure modeled after her character Kes from Star Trek: Voyager.
*She left acting in 2003 to pursue a medical career.