Jennifer Veal is a British actress, voice actress and YouTuber who first achieved fame for her channel on YouTube, created in 2012. She received further recognition for her videos in collaboration with Lucas Cruikshank. As an actress, Veal made her debut as Lucy in Disney Channel UK’s As the Bell Rings, and had a recurring role of Nanny Agatha on Disney Channel sitcom Jessie in 2012. She provided the voice of Shashoo in the 2012 video game Guild Wars 2. Veal made her film debut as the main role of Brooke in the 2018 action film The Agency. Born Jennifer Anne Veal on September 7, 1991 in Coventry, United Kingdom, she has an older brother named Tom. She attended prestigious London performing arts schools Italia Conti at the age of 9 and Sylvia Young Theatre School 12-17. She has been dating Rixton bassist, Danny Wilkin. 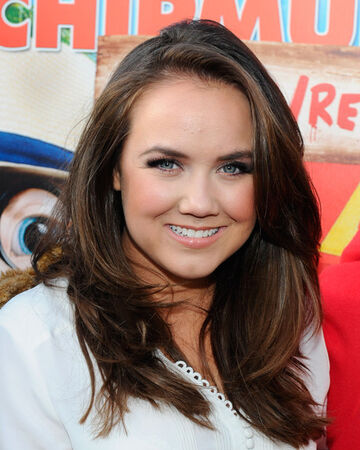 Jennifer Veal Facts:
*She was born on September 7, 1991 in Coventry, United Kingdom.
*Starting at age 5, Veal began dancing.
*She made her West End stage debut at age 11 in a production of Chitty Chitty Bang Bang.
*She started a YouTube Channel entitled “jenniferveal28” in 2012.
*She is best friends with fellow YouTuber Lucas Cruikshank.
*She has two Persian cats named Chanel and Cocoa.
*Visit her official website: www.jenniferveal.com
*Follow her on Twitter, YouTube, Facebook and Instagram.