Sanam Saeed is a Pakistani actress, singer and former model who appears mainly in Urdu television and films. She is best known for her portrayal of Kashaf Murtaza on Mominda Duraid’s Zindagi Gulzar Hai, for which she received numerous accolades including Lux Style Awards for Best Television Actress. She is also known for television roles such as Yamina in Mata-e-Jaan Hai Tu, Bibi in Talkhiyaan, Minah in Kadoorat, Mishal/Sameer in Kahin Chand Na Sharma Jaye, Paras in Ek Kasak Reh Gayi, Paimaan in Firaaq, Ruhina in Diyar-e-Dil, Nida in Dil Banjaara, and Resham in Deedan, as well as film roles such as Aalia in Bachaana, Samar in Dobara Phir Se, Naina Kanwal in Mah-e-Mir, Samina in Rahm, ?? in Azad, and Zara in Cake. 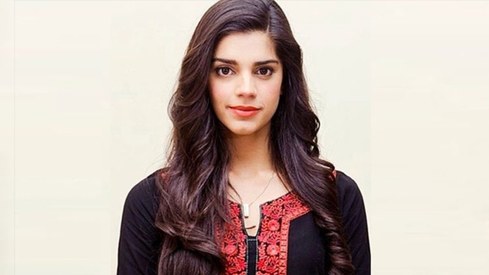 Born on February 2, 1985 in London, United Kingdom, her father, Parween Mody Saeed, is a retired interior designer while her mother was an art teacher. She has one brother named Adnan, and one sister named Amira. Saeed completed her O-levels at Bay View High School Karachi and her A-levels at L’Ecole College. She was married to her childhood friend, Farhan Hassan from 2015 to 2018.

Sanam Saeed Facts:
*Born on February 2, 1985 in London, United Kingdom, her father is a Punjabi while her mother is a Memon.
*She started modelling at the age of 16.
*She made her television debut in the 2010 romance Daam.
*She played Kashaf Murtaza in the 2013 romantic series Zindagi Gulzar Hai.
*She made her film debut with 2016 romantic comedy Bachaana.
*She was named “Pride of Pakistan” by Daily Times in 2019.
*Follow her on Twitter, Facebook and Instagram.