Lisa Ling is an American journalist, author and television personality. She is best known for hosting the The View from 1999 to 2002. Currently, Ling is the host of This Is Life with Lisa Ling on CNN. She also hosted Our America with Lisa Ling and National Geographic Explorer. Born as Lisa J. Ling on August 30, 1973 in Sacramento, California, to Doug Ling and Mary Ling, Her parents got divorced when she was seven years old. Along with her younger sister Laura, she was raised in Carmichael, California by her father. After graduating from high school in 1991, she attended the University of Southern California, but dropped out after her junior year. She married to Paul Song in 2007. They have two children, Ray Ling Song and Jett Ling Song. 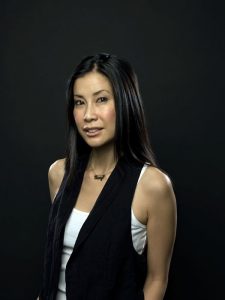 Lisa Ling Facts:
*Her parents divorced when she was seven years old.
*She was raised by her father Doug.
*She began her career on television at age 16.
*She supported Ralph Nader during the 2000 presidential campaign.
*Visit her official website: www.lisaling.com
*Follow her on Twitter, Facebook and Instagram.