Jessica Harp is an American country music artist who performed in the band “The Wreckers” with Michelle Branch. The band topped the country charts in 2006 with the Grammy-nominated “Leave the Pieces.” Her solo debut album, A Woman Needs, was released in March 2010. Her single, “Boy Like Me” became a Top 30 Billboard Hot Country Songs chart hit. Born Jessica Leigh Harp on February 3, 1982 in Kansas City, Missouri, she a younger sister named Annie. She started singing when she was three years old. On February 4, 2008, she married The Wreckers’ fiddle player Jason Mowery. 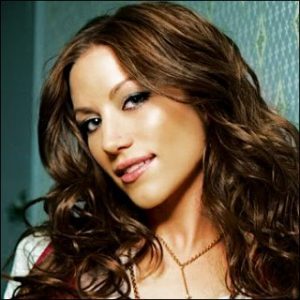 Jessica Harp Facts:
*She was born on February 3, 1982 in Kansas City, Missouri, USA.
*She was raised with her sister, Annie.
*She began writing lyrics when she was eight, and picked up guitar at 13.
*She has a dog named Hallie.
*Visit her official website: www.jessicaharp.net
*Follow her on Twitter, Myspace, Facebook and Instagram.