Jessica Pimentel is an American actress and musician. She is best known for her portrayal of Maria Ruiz on Netflix’s Criminal Minds, and as the lead vocalist of the death metal band Alekhine’s Gun and backing vocalist in the band Brujeria. She played Floyd on the CBS science-fiction crime drama series Person of Interest (2014-2015). Her movie credits include Illegal Tender, Pride and Glory, Go for Sisters, Fugly!, The Grief of Others, and A Bread Factory. Born on September 20, 1982 in Brooklyn, New York, her parents Loida Perez and Ervido Pimentel, were from La Romana, Dominican Republic, and immigrated to New York City when they were teenagers. Her ancestry includes Native American, Italian, Malian, Irish and Iberian. Pimentel graduated from New York’s High School of Performing Arts in 1995. In 2013, Pimentel began a relationship with drummer Tomas Haake. 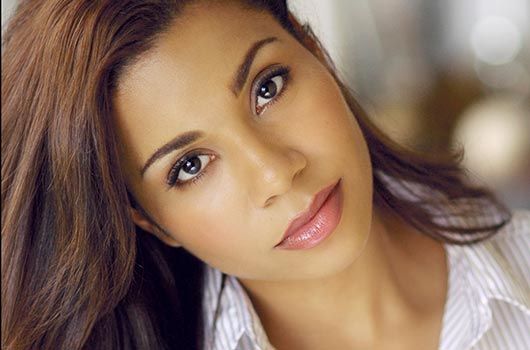 Jessica Pimentel Facts:
*She was born on September 20, 1982 in Brooklyn, New York, USA.
*Her parents were immigrants from the Dominican Republic.
*She began playing music at the age of 2.
*She was six years old when her parents divorced, after which she became estranged from her father.
*While attending New York’s High School of Performing Arts Pimentel played the violin.
*She was cast as Maria Ruiz on the Netflix original series Orange Is the New Black.
*Follow her on Twitter, Facebook and Instagram.