American rapper who was a member of the hip hop groups G-Unit and UTP Playas. Young Buck is best known for his albums ‘Buck The World’ and ‘Straight Outta Cashville’. He is the founder and president of his own record label Ca$hville Records. He has collaborated with Stix Izza, Tha City Paper, Three 6 Mafia and Project Pat. Born David Darnell Brown on March 15, 1981 in Nashville, Tennessee, to parents Audrey Horn and James Brown, he started rapping as a pre-teen. He signed with Cash Money Records in 1995. He has been married to Tanee McCall since April 2002. He has three children; two daughters, Jayla and Jada and a son, David Jr. 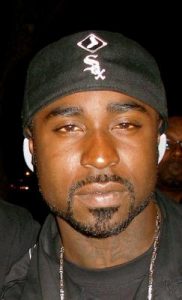 Young Buck Facts:
*He was born on March 15, 1981 in Nashville, Tennessee, USA.
*His real name is David Darnell Brown.
*In 2004, he suffered life-threatening injuries after being shot during a home invasion.
*His debut album, Straight Outta Cashville (2004), has been certified double platinum by the Recording Industry Association of America with over 2 million sales in the U.S. and 3.3 million Worldwide.
*His second album, Buck the World (2007), peaked at number 3 on the Billboard 200 and No. 1 on the Top R&B/Hip-Hop Albums chart, with sales of 141,083 in the first week.
*Visit his official website: www.therealyoungbuck.com
*Follow him on Twitter, YouTube, Facebook and Instagram.