Dixie D’Amelio is an American singer and social media star. She is best known for her videos on her dixiedamelio TikTok account, where she has more than 28 million followers. She was a member of the collaborative TikTok group The Hype House. She has accumulated over 13 million followers to her Instagram account and more than 2.1 million on Twitter. In 2020, D’Amelio appeared as the character Georgia in the YouTube web series Attaway General, and released her debut single “Be Happy” on June 26, 2020. Born on August 12, 2001 in Norwalk, Connecticut, to parents Marc and Heidi, her younger sister Charli D’Amelio became one of the fastest-rising TikTok celebrities in the platform’s history in 2019. In May 2018, she began dating Matt Garavel. 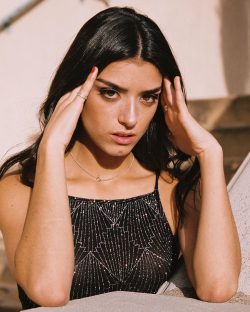 Dixie D’Amelio Facts:
*She was born on August 12, 2001 in Norwalk, Connecticut, USA.
*Her immediate family includes politician and father, Marc D’Amelio, her mother, Heidi D’Amelio, and her younger sister, Charli.
*Her career began after her sister, Charli, gained popularity on TikTok.
*She has amassed more than 28 million TikTok fans.
*In June 2020, she released her first single “Be Happy.”
*She first became active on Instagram in July 2015.
*In January 2020, D’Amelio signed with the talent agency UTA.
*She and her sister, Charli, made a video for UNICEF about social media and bullying.
*She is in a relationship with her boyfriend Matt Garavel.
*Follow her on Twitter, TikTok, YouTube and Instagram.