Jesy Nelson is an English singer, best known as a member of the British girl group, Little Mix, which was formed on the eighth series of The X Factor in 2011, and became the first group to win the competition. In 2019, Nelson presented a BBC Three documentary based on her experiences with body image and online bullying titled Jesy Nelson: Odd One Out, which won the Factual Entertainment Award at the 25th National Television Awards. She left Little Mix in December 2020, and signed a record deal with Polydor Records for a solo career in May 2021. 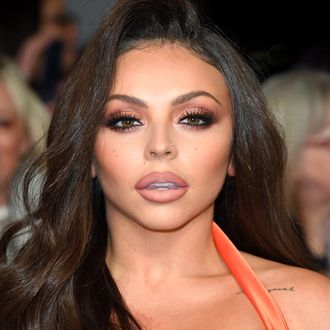 Born Jessica Louise Nelson on June 14, 1991 in Romford, United Kingdom, Janice White and John Nelson, she has a sister named Jade and two brothers named Jonathan and Joseph. Nelson worked as a bartender before being selected to compete on The X Factor. In 2020, she started dating actor Sean Sagar. She previously dated Eddie Brett, Jake Roche, Harry James, and Chris Hughes.

Jesy Nelson Facts:
*She was born on June 14, 1991 in Romford, United Kingdom.
*She was a member of the girl group Little Mix, whose 2012 debut album, DNA, broke the Spice Girls’ chart record.
*In December 2020, Nelson left Little Mix and was later signed to Polydor Records as a solo artist.
*She can speak in Australian and Scottish accent.
*Follow her on Instagram.