Jimi Hendrix was an American rock guitarist, singer, and songwriter who is widely regarded as the greatest and most influential guitarist in rock history. He rose to prominence throughout the world after his performance at the Monterey Pop Festival in 1967, and his third and final studio album Electric Ladyland reached number one in the US in 1968; it was Hendrix’s most commercially successful release and his only number-one album. He was the world’s highest-paid performer, and he headlined the Woodstock festival in 1969 and the Isle of Wight Festival in 1970. His 1967 psychedelic rock album Are You Experienced won seven Grammy Awards. Hendrix’s most memorable songs include “Crosstown Traffic”,” “Hey Joe,” “Purple Haze and “The Wind Cries Mary.” Born Johnny Allen Hendrix on November 27, 1942 in Seattle, Washington, to African-American parents Lucille (Jeter) and James Allen Hendrix, his parents divorced when he was age nine, and his mother died when he was 16. He started playing guitar at age 15. Hendrix died in London from barbiturate-related asphyxia on September 18, 1970, at the age of 27. He had two children named Tamika Hendrix and James Daniel Sundquist. 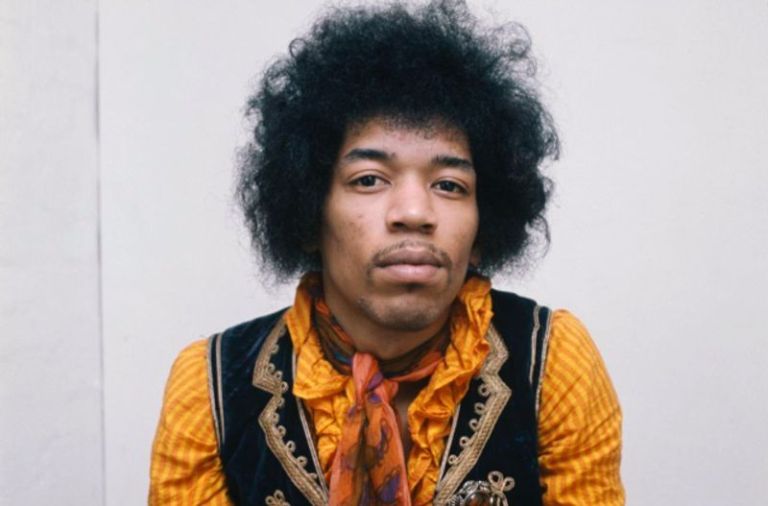 Jimi Hendrix Facts:
*He was born on November 27, 1942 in Seattle, Washington, USA.
*He learned to play guitar as a teenager.
*He was famous his outrageous electric guitar playing skills and his experimental sound.
*The Rock and Roll Hall of Fame describes him as “the greatest instrumentalist in the history of rock music”.
*He was named Greatest Guitarist of all Time by Rolling Stone magazine in 2003.
*He was inspired by American rock and roll and electric blues.
*His career spanned the years between 1963 and 1970.
*He was very close friends with David Nuuhiwa.
*Website: www.jimihendrix.com