John Lithgow is an American actor, musician, singer, comedian and author who starred as Dick Solomon in the hugely successful series 3rd Rock from the Sun, for which he won three Primetime Emmy Awards for Best Actor in a Comedy Series. He also played Arthur Mitchell in the crime show Dexter and he won the Primetime Emmy Award for Outstanding Guest Actor in a Drama. His notable film appearances include: The World According to Garp, Footloose, Terms of Endearment, Shrek, Rise of the Planet of the Apes, and in The Campaign. His theater credits include The Changing Room, Requiem for a Heavyweight, M. Butterfly, Sweet Smell of Success, Dirty Rotten Scoundrels, The Columnist and A Delicate Balance. 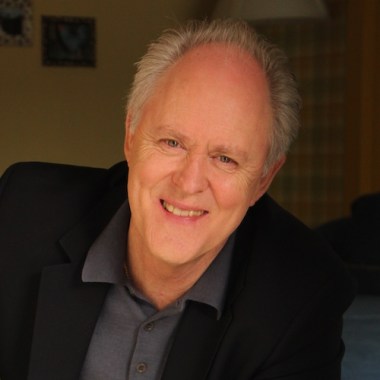 John Lithgow Facts:
*He was born on October 19, 1945 in Rochester, New York, USA.
*He made his film debut in the 1972 comedy-drama Dealing: Or the Berkeley-to-Boston Forty-Brick Lost-Bag Blues.
*He played Dick Solomon in the sitcom 3rd Rock from the Sun from 1996 to 2001.
*He has received a star on the Hollywood Walk of Fame and he was inducted into the American Theater Hall of Fame.
*He is a registered pastor of Rose Ministries.
*Member of the Academy of Motion Picture Arts & Sciences (AMPAS).
*He is an accomplished guitar player.
*He is friends with Alfred Molina.
*He is a supporter of English football club Liverpool FC.
*Visit his official website: www.johnlithgow.com
*Follow him on Twitter, Facebook and Instagram.