Jackson Wang is a South Korea based Hong Kong rapper, singer, and dancer. He is best known for being a member of the South Korean boy band Got7. The group debuted in January 2014 with the EP Got It?, which debuted at #2 on the Gaon Albums Chart. The EP’s lead single “Girls Girls Girls” peaked at #21 on the Gaon Singles Chart. He is known for his appearances on Korean reality television, notably Roommate. Wang is also active in mainland China as a solo artist and television host. He was also a member of the National Fencing Team in Hong Kong. 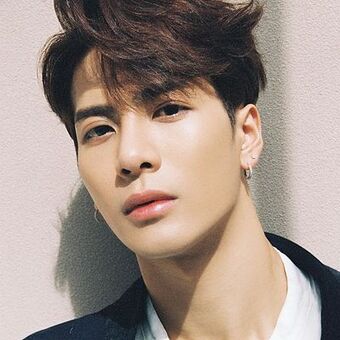 Born Wang Ka-yee on March 28, 1994 in Kowloon Tong, Hong Kong, he grew up in Sha Tin District, New Territories. His father, Wang Ruiji, won the 1978 Asian Games and coached Hong Kong’s national fencing team, and his mother, Zhou Ping, won the gold medal at the 1982 World Gymnastics Championships. He was a sabre fencer for Hong Kong’s fencing team and ranked 11th in the 2010 Youth Olympics. Jackson signed with the JYP Entertainment talent training program in the summer of 2011.

Jackson Wang Facts:
*He was born on March 28, 1994 in Kowloon Tong, Hong Kong.
*Original member of the award-winning K-Pop boy band Got7 along with JB, BamBam, Park Jin-Young, Mark Tuan, Youngjae and Kim Yugyeom.
*He is fluent in four languages: English, Korean, Cantonese and Mandarin.
*His hobbies include rapping, dancing, and beatboxing.
*He is the founder of a China-based agency Team Wang.
*Follow him on Twitter, YouTube, Facebook and Instagram.