Leo Howard is an American actor and martial artist. He is best known for starring as “Young Snake-Eyes” in the 2009 action film, G.I. Joe: The Rise of Cobra, as “Young Conan” in the 2011 fantasy film, Conan the Barbarian, and as Jack on the Disney XD comedy series, Kickin’ It. He also starred as Logan Hunter on Shake it Up in the third season. Howard’s other notable works include Why Women Kill, Freakish, Zeke & Luther, and Leo Little’s Big Show. Born Leo Richard Howard on July 13, 1997 in Newport Beach, California, to parents Randye and Todd Howard, he is an only child. He attended Tri-City Christian Schools in Vista, California. He has been in a relationship with British model Madeleine White. 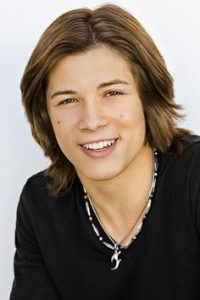 Leo Howard Facts:
*He was born on July 13, 1997 in Newport Beach, California, USA.
*He has been doing karate since he was four.
*He won three world championships in martial art competitions by the time he was eight.
*At age 9, he became the youngest person to perform with the Mullins Sideswipe traveling martial arts group.
*In 2010, he won a Young Artist Award for his role as Laser Short in the film Shorts.
*From 2011 to 2015, he played Jack Brewer on Disney XD Original Series Kickin’ It.
*He is close friends with Kickin’ It co-star Olivia Holt.
*He is the 3rd cousin, twice removed, of Israeli Prime Minister Benjamin Netanyahu (Leo’s maternal great-great-great-grandfather, Jacob Dworsky, was a brother of the prime minister’s maternal great-grandmother, Chaia Sorah Dworsky).
*His parents are professional dog breeders and operate The Big Bulldog Ranch, where they specialize in breeding English and French bulldogs.
*Visit his official website: www.leo-howard.com
*Follow him on Twitter, Facebook and Instagram.