Jordana Brewster is an American actress and model, best known for playing Mia Toretto in the Fast & Furious franchise. She has also starred in such films as The Invisible Circus, D.E.B.S., and The Texas Chainsaw Massacre: The Beginning. On television, Brewster played the recurring role as Nikki Munson in As the World Turns from 1995 to 2001, and starred as Elena Ramos on the re-booted TNT series Dallas from 2012 to 2014. She also had a five-episode arc as Denise Brown in the first season of the FX true crime anthology series American Crime Story, and starred as Dr. Maureen Cahill on the Fox buddy cop action dramedy Lethal Weapon from 2016 to 2018. 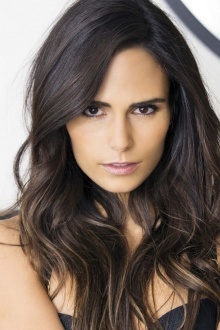 Born on April 26, 1980 in Panama City, Panama, her mother, Maria João Leal de Sousa, is a Brazilian-born model who appeared on the cover of Sports Illustrated in 1978, and her father, Alden Brewster, is an American investment banker. She has one younger sister named Isabella. Brewster attended Yale University and graduated in 2003 with a Bachelor of Arts degree in English. She married film producer Andrew Form in May 2007. They two sons named Julian and Rowan. Brewster filed for divorce in mid-2020. She later began dating the President and Chief Investment Officer of ValueAct Capital, Mason Morfit.

Jordana Brewster Facts:
*Born on April 26, 1980 in Panama City, Panama, she grew up in Brazil and London before moving to New York at age 10.
*She is of English, Scottish, and Irish descent on her father’s side, and of Brazilian descent on her mother”s side.
*She made her acting debut as Anita Santos in an episode of All My Children in 1995.
*She made her film debut in The Faculty (1998).
*She is fluent in both English and Portuguese.
*She is good friends with Elijah Wood.
*Visit her official website: www.jordanabrewster.com
*Follow her on Twitter, Facebook and Instagram.