Juelz Santana is an American rapper, best known as a member of The Diplomats (also known as Dipset). Santana’s albums, From Me to U (2003) and What the Game’s Been Missing! (2005) peaked at #8 and #9 on the Billboard 200 respectively, and his single, “There It Go (The Whistle Song)”, became his highest charting single to date, peaking at #6 on the Hot 100 and #3 on the Hot Rap tracks charts. Santana is also notable for his appearances on Cam’ron’s 2002 singles, “Oh Boy” and “Hey Ma“, which peaked at #4 and #3 on the Billboard Hot 100 respectively, as well as Chris Brown’s 2005 triple-platinum single, “Run It!”, which topped Billboard Hot 100 for five weeks. Born LaRon Louis James on February 18, 1982 in Harlem, New York, to a Dominican father and an African-American mother, he grew up in the Harlem section of Manhattan and started rapping at the age of 5. He has three children; sons LaRon and Juelz, and daughter, Bella. 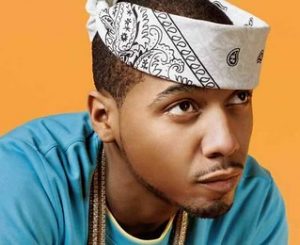 Juelz Santana Facts:
*He was born on February 18, 1982 in Harlem, New York, USA.
*His real name is LaRon Louis James.
*At 5, he began rapping.
*At age 12, he started a rap group called Draft Pick.
*In 1999, Santana became a member of East Coast hip hop group The Diplomats, alongside Jim Jones and Freekey Zekey.
*He has his own recording studio called Santana’s World, in Bergenfield, New Jersey.
*Follow him on Twitter, SoundCloud, MySpace, YouTube VEVO, Google+ VEVO, and Instagram.