Julia Garner is an American actress of film and television. She is best known for playing the role of Ruth Langmore in the Netflix crime drama series Ozark since 2017. This role earned her a Primetime Emmy Award for Outstanding Supporting Actress in a Drama Series in 2019. She is also known for her roles in television, such as The Americans, Waco, Maniac, Dirty John, and The Get Down, and in the films Martha Marcy May Marlene, The Perks of Being a Wallflower, Sin City: A Dame to Kill For, Electrick Children, We Are What We Are, Grandma, Tomato Red, Everything Beautiful Is Far Away, and The Assistant. Born on February 1, 1994 in Riverdale, Bronx, New York, to parents Tami Gingold (therapist) and Thomas Garner (painter and art teacher), her older sister, Anna, is a writer, artist, and producer. In December 2019, she married Mark Foster, lead singer of Foster the People. 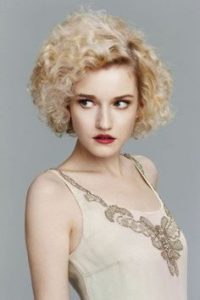 Julia Garner Facts:
*She was born on February 1, 1994 in Riverdale, Bronx, New York, USA.
*She is Jewish.
*She started taking acting lessons at the age of 15.
*She had her theatrical debut at the age of 17 in the 2011 film Martha Marcy May Marlene.
*She had her first starring role in the 2012 film Electrick Children.
*She currently stars as Ruth Langmore in the Netflix series Ozark (2017–present).
*She is close friends with fellow actress Juno Temple.
*Follow her on Instagram.