Luke Newberry is a British actor. He is best known for his portrayal of Kieren Walker in the drama television series In the Flesh, for which he earned a British Academy Television Award nomination. He was also nominated for Best Actor at the RTS Awards 2014. He played Vasily Lukich in the 2012 version of Anna Karenina. Born on February 19, 1990 in Exeter, Devon, England, he has two older sisters. He studied filmmaking, fine art, and English literature at Exeter College, and studed acting at the prestigious Bristol Old Vic Theatre School and graduated in 2011. 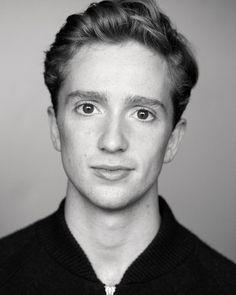 Luke Newberry Facts:
*He was born on February 19, 1990 in Exeter, Devon, England, UK.
*He began acting professionally at the age of 7.
*He trained at Bristol Old Vic Theatre School.
*He was a member of the National Youth Theatre.
*He was cast in 2013 as the lead role in the drama television series In the Flesh
*He was named one of Screen Internationals UK Stars of Tomorrow 2013.
*He is a supporter of the HeForShe feminism campaign
*Follow him on Twitter, Facebook and Instagram.