Junko Sakurada is a Japanese singer and actress. She was a member of “a hit female trio” in 1973, which also included singers Momoe Yamaguchi and Masako Mori. The music trio became popular as part of the television program Producing the Stars (Star Tanjō!); they were known as “The Trio of Third-Year Junior High School Students” (“Hana no Chu 3 Trio”). She also became successful in a solo music career, with 18 top ten singles in the 1970s. Her hits include, “Hajimete no Dekigoto,” “Hitori Aruki,” “Hana Monogatari,” “Jyuushichi no Natsu,” “Natsu ni go Yōjin,” and “Ki ga Tsuite yo”. She began her acting career in 1973. She is known mostly for her roles in the films Itazu – Kuma, Hana no furu gogo and Ohikkoshi. Her accolades include the Hochi Film Award, Award of the Japanese Academy, Kinema Junpo Award, and Mainichi Film Concours. She released a book titled Aisuru Jun Van Deta in November 2006. Born on April 14, 1958 in Akita, Japan, Sakurada married Japanese businessman Nobuyuki Azuma, in a Blessing ceremony of the Unification Church in 1992. Following her marriage, she retired from performing. She has three children. 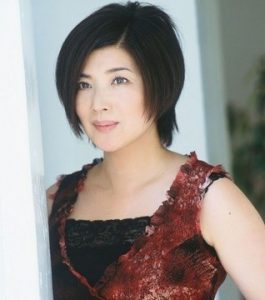 Junko Sakurada Facts:
*She was born in Akita, Japan on April 14, 1958.
*She was part of a music trio in 1973, before launching a solo career.
*She won the 4th edition of the Star Tanjō! contest in 1972.
*She is a member of the Unification Church founded by Sun Myung Moon in Seoul, South Korea in 1954.