Surveen Chawla is an Indian actress of film and television. She is known for her roles in television, such as Kaajjal, Kasautii Zindagi Kay, 24, and Haq Se, and in the films Hate Story 2, Ugly and the 2015 Parched. She also appeared with cricket player Sreesanth in the reality dance show Ek Khiladi Ek Haseena in 2008. She worked as a host in the television show Comedy Circus Ke SuperStars. For her role in Dharti, she won the Best Female Debutante Award at the 2nd PTC Punjabi Film Awards in 2011. Born on August 1, 1984 in Chandigarh, India, she belongs to Punjabi family. She was educated at Chandigarh College for Women in Chandigarh. She began her career appearing in television soap operas in the earlier days and ended up in appearing in the films. Playing the role of Charu, she made her first television appearance in the serial Kahin To Hoga. She married Akshay Thakker in 2015 in Italy. 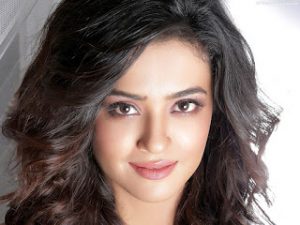 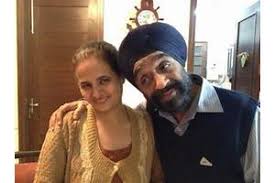 Mother: Unknown
Spouse/Husband: Akshay Thakker (m. 2015)
Children: Not yet
Siblings: She has one brother.

Surveen Chawla Facts:
*She was born in Chandigarh, India on August 1, 1984.
*Her father is a businessman.
*She made her television debut in the serial Kahin To Hoga as Charu.
*She hosted the TV show Comedy Circus Ke SuperStars.
*In 2013, she was romantically linked to actor Gaurav Chopra.
*Follow her on Twitter, Facebook and Instagram.