Justin Gabriel is a South African professional wrestler, best known for his time in World Wrestling Entertainment (WWE), under the ring name Justin Gabriel. He is currently signed to Ring of Honor under the ring name PJ Black. A second-generation wrestler, Gabriel made his debut in 1997 at the age of 16, and competed in the United Kingdom and South Africa, and was the inaugural winner of the WWP World Cruiserweight Championship in World Wrestling Professionals as PJ Black. 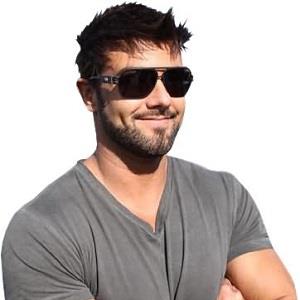 Born Phillip Paul Lloyd on March 3, 1981 in Cape Town, South Africa, he was originally trained by his father, Paul Lloyd Sr., who passed away when he was in his senior year of high school. Gabriel spent five years in the United Kingdom, where he trained with Frontier Wrestling Alliance. He was trained by Mark Sloan and Alex Shane. In 2012, Gabriel  began dating American model Charlene Hart.

Justin Gabriel Facts:
*He was born on March 3, 1981 in Cape Town, South Africa.
*His grandfather was a professional boxer and amateur wrestler.
*He made his professional wrestling debut in 1997 at age 16.
*He became the first South African person to sign a three year deal with WWE in 2008.
*He is a former member of The Nexus and The Corre.
*His father was shot and killed in front of him during Lloyd’s final year in high school.
*Follow him on Twitter and Instagram.