William deVry is a Canadian actor. He is best known for television roles as Storm Logan on The Bold and the Beautiful, Michael Cambias on All My Children, Tim Dolan on Port Charles, Aldwin on StarGate SG-1, and Julian Jerome on General Hospital. He has also appeared in Earth: Final Conflict,, InSecurity, and Nikita. In 2004, deVry was nominated for a Daytime Emmy Award for Outstanding Supporting Actor in a Drama Series for his role of Michael Cambias on All My Children. 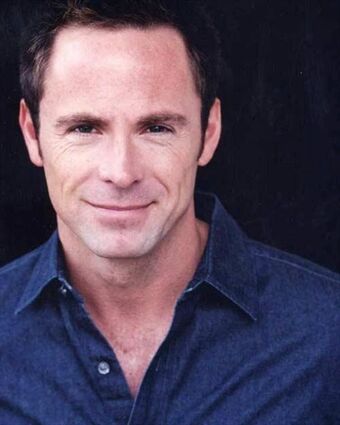 Born William deVry Simard on April 20, 1968 in Montreal, Canada, he is an only child and named after his maternal grandfather. He moved to Florida, U.S., with his mother, Diane, at the age of nineteen. deVry first appeared on TV as Matthew on the series seaQuest DSV. He has been in a relationship with Port Charles actress Rebecca Staab.

William deVry Facts:
*He was born on April 20, 1968 in Montreal, Canada.
*His mother, Diane, is the grand-daughter of Herman DeVry who founded the DeVry Institute, now DeVry University.
*He starred as Storm Logan on The Bold and the Beautiful from 2006 to 2008.
*He is ambidextrous.
*He is a avid fan of the Montreal Canadiens.
*Follow him on Twitter, Facebook and Instagram.