Kaetlyn Osmond ONL is a retired competitive Canadian figure skater who is a three-time Canadian national champion. She competed internationally at the senior level from 2012 to 2018, winning three Olympic medals, two World Championship medals, and one Grand Prix Final medal. 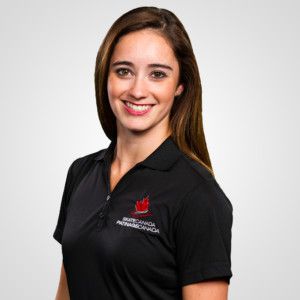 Born on December 5, 1995 in Marystown, Canada, to parents Jeff and Jackie Osmond, she has two older siblings named Gary and Natasha. She attended Vimy Ridge Academy in Edmonton. Osmond debuted on the senior level in 2012 and won gold at the 2012 Skate Canada International, and placed eighth in her World Championship debut. She has been in a relationship with volleyball player Trey McCartney.

Kaetlyn Osmond Facts:
*She was born on December 5, 1995 in Marystown, Canada.
*She began skating in 1998 at the age of 3.
*She moved from Newfoundland to Quebec at age seven and was coached by former Junior National Champion Ravi Walia.
*She competed in ladies’ singles.
*She won one silver medal from the 2013 World Team Trophy.
*She competed in the 2014 Winter Olympics in Sochi, winning the silver medal as part of the Canadian team.
*She was Canada’s first ladies’ World Champion in 45 years when she won in 2018.
*She is the 2012 Skate Canada champion.
*She is the 2012 Nebelhorn Trophy champion.
*She has a celebrity crush on Zac Efron.
*On January 29, 2019, she received the Order of Newfoundland and Labrador, her home province’s top civilian honour for “excellence and achievement.”
*Her hometown of Marystown named a street after her and re-named a local rink Kaetlyn Osmond Arena.
*Follow her on Twitter, Facebook and Instagram.