Paul Rodriguez is an American professional skateboarder, actor, rapper, and recording artist who has won a total of eight medals at the X Games, four of them gold, with the most recent first-place victory occurring in Los Angeles, United States in July 2012. Rodriguez received the 2002 “Rookie of the Year” award from the Transworld SKATEboarding publication. 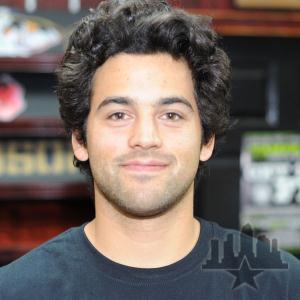 Born Paul Martin Rodriguez Jr. on December 31, 1984 in Tarzana, Los Angeles, California, to parents Laura and Paul Rodrigue, he has a brother named Lucas. Paul was educated at Birmingham High School in Van Nuys, CA. He has a daughter named Heaven Love with his former girlfriend Rainbow Alexander.

Paul Rodriguez Facts:
*He was born on December 31, 1984 in Tarzana, Los Angeles, California, he is of Mexican descent.
*He is the son of actor/comedian Paul Rodriguez.
*He received his first skateboard at age 12.
*His nickname “P-Rod” was given to him by his classmates when he was around eleven years old.
*He launched his own skateboard brand, Primitive Skateboarding, in April 2014, with the initial team consisting of himself, Nick Tucker and Carlos Ribeiro.
*He owns a private skateboard park in the Canoga Park area of California, U.S. that features design elements from his sponsors, Mountain Dew, Nike SB, and Target.
*Follow him on Twitter and Instagram.