Katie Cassidy is an American actress. She is best known for playing the role of Laurel Lance in The CW’s superhero television series Arrow since 2012. She portrayed Amanda in the thriller Taken and played Ella Simms in the drama series Melrose Place. Cassidy’s other notable works include Supernatural, Gossip Girl, A Nightmare on Elm Street and Harper’s Island. Born Katherine Evelyn Anita Cassidy on November 25, 1986 in Los Angeles, California, to David Cassidy and Sherry Williams, her mother was a high fashion model in the early 1970s, and her father was a pop star in the 1970s. She belongs to German, Irish, English and Swiss-German descent. She attended Calabasas High School in her neighborhood. She made her film debut as Tiffany Madison in When a Stranger Calls in 2006. She began dating Matthew Rodgers in 2016. In June 2017, they became engaged. 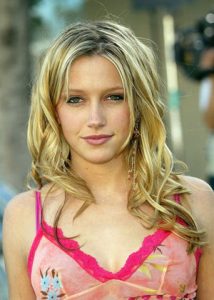 Katie Cassidy Facts:
*She has German, Irish, English and Swiss-German ancestry.
*She is a skilled pianist and guitarist.
*She was a cheerleader while in high school.
*She is a fan of ice hockey team LA Kings.
*She was named after actress Katharine Hepburn.
*She was in a relationship with actor and musician Jesse McCartney from 2005 to 2007.
*Follow her on Twitter, Facebook and Instagram.