Nick Roux is an American actor who played Scott Pickett in the Disney Channel Original Movie Lemonade Mouth. He is also known for his role as Billy Nutter in the ABC Family series Jane by Design, and played Campbell Powell in the 2017 horror thriller film Jackals. Roux was featured on the Stunners music video for the song “Spin the Bottle”. 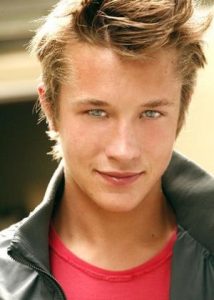 Nick Roux Facts:
*He was born on December 13, 1990 in Trabuco Canyon, California, USA.
*He got his start in modeling.
*He considered his parents his biggest influence.
*His celebrity crush is Scarlett Johansson.
*One of his favorite artists is Kanye West.
*He plays golf, soccer, volleyball, basketball, baseball and ice hockey.
*He is also a yoga practitioner.
*Follow him on Twitter, Facebook and Instagram.