Kehlani is an American singer-songwriter and dancer who first achieved fame as a member of the teen group Poplyfe. Her first commercial mixtape, Cloud 19, (2014) was listed as one of the Complex’s “50 Best Albums of 2014.” In 2015, Kehlani released her second commercial mixtape, You Should Be Here, which debuted at number 5 on the R&B/Hip-Hop chart. Her debut album SweetSexySavage was released on January 27, 2017. Kehlani’s notable songs include “Crzy”, “Distraction”, “Gangsta”, and “Nights Like This”. Born Kehlani Ashley Parrish on April 24, 1995 in Oakland, California, her father passed away when she was a toddler and her mother, who had a drug addiction, was in and out of the jail, so Kehlani was raised by her aunt. Growing up, she practiced ballet and modern dance at Oakland School for the Arts. She has a daughter Adeya Nomi Young-White with ex-boyfriend Javaughn Young-White. She was previously in a relationship with NBA guard Kyrie Irving. In 2019, she began dating YG. 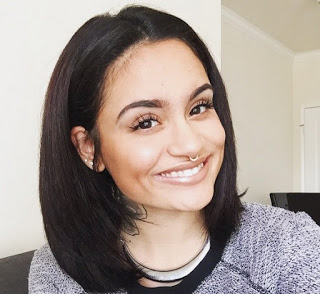 Kehlani Facts:
*She was born on April 24, 1995 in Oakland, California, USA.
*Her father died when she was very young and she was raised by her aunt.
*She studied dance at the Oakland School for the Arts.
*Rapper Clyde Carson is her cousin.
*She is vegan.
*Her tattoos include Coraline, Regina “Reggie” Rocket, a sleeve of a phoenix and roses, Betty Boop, La Dreamer, “tsunami” (logo label), a tigress, Mia Wallace and Vincent Vega dancing, Lauryn Hill, Frida Kahlo, a paper plane (which she plans to get removed), four dots under her eyes, a queen of hearts symbol, Espíritu Libre (which means “free spirit”), a longboard, a spider with a rose being pierced by a dagger, a succulent, clouds, “today is the best day ever”, various symbols on her knuckles (which she plans to get removed), “have hope”, a sunflower, a broken skateboard, a seashell, “forgive yourself” in Arabic, a treble clef, an om symbol, “fluid”, and brass knuckles.
*Visit her official website: www.kehlani.com
*Follow her on Twitter, Facebook, SoundCloud, YouTube and Instagram.