English TV personality who won the third series of Love Island alongside Amber Davies in 2017. He was also a contestant on the 10th series of reality TV show, Dancing on Ice. He also appeared in bit roles on the series The Only Way Is Essex. As part of Chris & Kem, he charted at number 15 on the UK Singles Chart with the song “Little Bit Leave It”. Born Kemal Cetinay on April 25, 1996 in Essex, United Kingdom, to parents Niyazi and Figen Cetinay, he has a brother named Izzy. Prior to becoming a reality TV personality, Cetinay worked as a hairstylist. In 2017, he dated her Love Island co-star Amber Davies, splitting in December 2017. 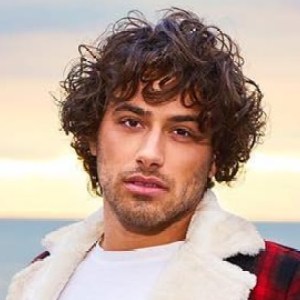 Kem Cetinay Facts:
*He was born on April 25, 1996 in Essex, United Kingdom.
*He is of Turkish Cypriot descent.
*He appeared as a cast member on the ITV2 series Love Island in 2017, and won the series alongside Amber Davies.
*He used to work as a hairstylist before becoming a reality TV personality.
*Follow him on Twitter, YouTube, Facebook and Instagram.