Chord Overstreet is an American actor and musician. He is best known for his role as Sam Evans on the Fox comedy-drama series Glee, for which he was nominated for a Screen Actors Guild Award. He has also appeared in episodes of series such as The Bold Type, The Middle, Regular Show, Royalties, and No Ordinary Family. Overstreet released his debut single, “Homeland” on August 26, 2016, through Island Records and Safehouse Records. 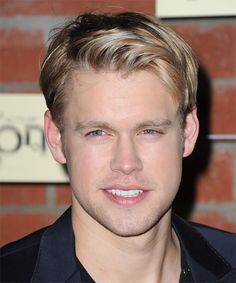 Born Chord Paul Overstreet on February 17, 1989 in Nashville, Tennessee, to parents Julie Miller and Paul Overstreet, Chord and his five siblings were raised in a creative and music-filled environment, with their father highly involved in the music industry. He has dated Emma Watson, Emma Roberts, and Camelia Somers, granddaughter of actress Suzanne Somers.

Chord Overstreet Facts:
*Born on February 17, 1989 in Nashville, Tennessee, his ancestry includes English, German, and Scots-Irish/Northern Irish.
*He learned music after receiving encouragement from his parents.
*His older brother, Nash Overstreet, is also a musician, and is a member of the band Hot Chelle Rae.
*He participated in football, basketball, soccer, hockey, and baseball while growing up.
*He modeled in advertisements for Famous Footwear and Gap when he was a teenager.
*He played Sam Evans on the Fox television series Glee.
*He was named one of People Magazine’s ‘Sexiest Men Alive’ in 2010.
*He is childhood friends with Demi Lovato.
*He is friends with Taylor Swift.
*He loves to play the mandolin, flute, drums, and guitar.
*He is good friends with Glee co-stars, Dianna Agron, Chris Colfer, Cory Monteith, Naya Rivera, and Lea Michele.
*He has three pet dogs named Apollo, Banjo, and Harley.
*Follow him on Twitter, YouTube, Facebook and Instagram.